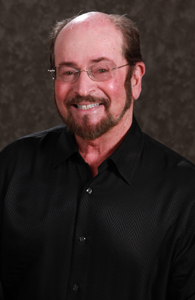 Ron Friedman began his career by writing and performing stand-up comedy, where his work was spotted by industry-great, Danny Kaye. He was quickly pulled into the world of television, where he began working with Kaye on his hit CBS variety show.

Over the course of his career, Friedman has written over 700 hours of prime-time television in a multitude of genres, including episodes of Gilligan’s Island, The Andy Griffith Show, Bewitched, I Dream of Jeannie, and Starsky and Hutch. He is a repeat Emmy Award-nominee, and WGA Award-winner. In animation, Friedman created the G.I. Joe series and developed Transformers for American television, re-writing over 64 episodes. He also worked with Stan Lee to create The Marvel Action Hour. Friedman also has 42 feature scripts to his name, the most recent of which was just purchased by West Coast Film Partners for production in early 2011.

Friedman is proud to teach at Dodge College and loves helping his students gain a “sense of their own power and voice”. He likens writing to his experiences in architecture, advising that his students follow the architects’ and engineers’ mantra, “if you can define a problem, you can solve it.”