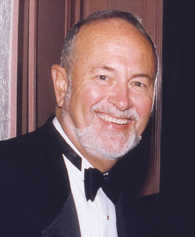 William Hall, D.M.A., is the Founding Dean and Artistic Director for the Musco Center for the Arts, a professor of music at Chapman University since 1963 and the first distinguished professor to hold the Bertea Family Endowed Chair in Music.  In 2013, William Hall was honored with the naming of the Hall-Musco Conservatory of Music in recognition of his 50 years of outstanding service to Chapman University.

Hall has taught at major conservatories of music around the world, and has numerous compositions and arrangements on the market including his own choral series with National Music Publishers. His professional organization, the William Hall Chorale was under contract to Columbia Artists Management for over thirty years and sang throughout the U.S. and abroad.

William Hall has appeared as guest conductor in the Far East and throughout the United States and Europe, including performances with the San Francisco Symphony, the Vienna Symphony, the Frankfurt Radio Orchestra, the London B.B.C. Symphony, the Musicians of London, the Sinfonia of St. Martin-in-the-Fields and the Central Philharmonic Orchestra of Beijing.

The William Hall Chorale discography includes numerous recordings on the Klavier label including the critically acclaimed, double compact disc release of Benjamin Britten's War Requiem and Igor Stravinsky's Symphony of Psalms; Sergei Rachmaninoff's a capella masterpiece Vespers; a collection of favorite holiday classics entitled Ceremony of Carols; and a collection of Romantic Lieder by Brahms and Schumann coupled with the Liebeslieder Waltzes. The Chorale can also be heard on recordings of Beethoven's Ninth Symphony and Mass in C, Durufle's Quatre Motets and Requiem Mass, and recordings of Bach's Mass in B-minor,  Verdi's Requiem Mass, and Berlioz's Grande Messe des Morts.