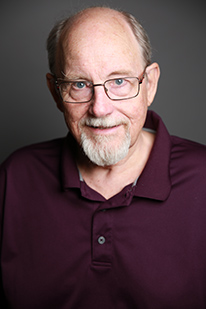 Professor Thomas F. Bradac has been a theatre professional for 50 years. He adapted and staged Shakespeare’s poem, "Venus and Adonis," for the Prague Fringe Festival with The Prague Shakespeare Company. He is the founder of Shakespeare Orange County theatre and served as artistic director. During his tenure, SOC was recognized by Arts Orange County as Arts Organization of the Year and received special recognition for Community Service by the Walt Disney Company. Additionally, he founded the Grove Shakespeare Festival a two-venue Actors Equity Company and was awarded Hollywood Drama-Logue Publisher's Award for Exceptional Achievement in Theatre. He is a founding director of the Shakespeare Theatre Association, an international service organization for theatres dedicated to producing Shakespeare, and additionally served as the organization's president.

Professor Bradac, as chair of the Theatre and Dance Department, initiated Chapman's participation in the Kennedy Center/American College Theatre Festival (KC/ACTF) and hosted the organization on campus for its 30th Annual Region XIII Festival, drawing over 1,200 students from six western states. He received the Excellence in Education Award by KC/ACTF for his work with the Festival. Over the past 32 years he has directed numerous productions for the Theatre Department with Shakespeare's A Midsummer Night's Dream in 2021. Prof. Bradac annually directs the Henry Kemp-Blair High School Shakespeare Theatre Festival, now in its 43rd year. As an actor he has performed as Bottom in A Midsummer Night's Dream, Dogberry in Much Ado About Nothing, Tevye in Fiddler on the Roof, the title role in King Lear, and Falstaff in The Merry Wives of Windsor. A former member of Actors Equity Association and the Screen Actors Guild, Tom is currently a member of the National Alliance of Acting Teachers.