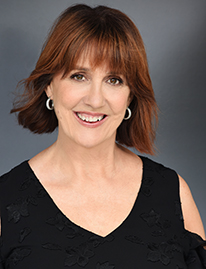 Soprano Susan Montgomery has performed a wide range of orchestral concert, opera and recording repertoire throughout her career and is thrilled to be a part of the voice faculty at Chapman University since 2005. Her performing credits include appearances with the London Symphony Orchestra, the Beijing Symphony, American Symphony Orchestra, Los Angeles Philharmonic, Santa Barbara Symphony, Long Beach Symphony and has performed in the Carmel Baroque Festival, Los Angeles Bach Festival, New York Mostly Women Composers Festival, New Jersey Choral Society and locally in the Corona del Mar Baroque Music Festival, and the Long Beach Bach Festival, to name a few.

The musical scope of Miss Montgomery’s concert repertoire ranges from the delicate and detailed works of the baroque and classical composers to the larger orchestral works of Brahms, Mendelssohn, Puccini, Verdi, and Britten. Susan specializes in Oratorio and Sacred Music and regularly participates in temple and church concerts locally. A Los Angeles Times review remarks of Miss Montgomery’s performances of the Haydn Creation Mass performed with the Los Angeles Master Choral at the Dorothy Chandler Pavilion conducted by the late Paul Salamunovich: “... a spirited singer, soaring with fluid purity and point. An exuberantly communicative performance that promises to linger in the audience’s memory.”

As a recording artist, Susan is a member of SAG/AFTRA and has made many contributions on television and movie scores including Matrix Revolutions, Around the World in Eighty Days, Scooby Doo 2, Snow Falling on Cedars, Galaxy Quest and her beautiful voice is featured on the award-winning soundtrack CD of the HBO movie Angels in America. The soprano was also featured in an independent original opera project with the London Symphony Orchestra in a work titled “Orfeo—Opera for a New Age.” Recently Susan collaborated with California composer Karen Reinhard in an award-winning collection of original music for soprano and piano, performing with the composer at the Music Teacher’s National Convention at the Anaheim Convention Center.

Miss Montgomery earned a Bachelor of Music in Vocal Performance from Chapman University and a Master of Music in Opera Performance at California State University at Fullerton. In addition to her current teaching position and Chapman, she is also on the voice faculty at CSUF, Fullerton Community College, and maintains a private vocal studio. Susan is extremely proud of the many accomplishments of her students, and has trained singers for a variety of careers including Opera and Classical music, Musical Theater, Contemporary and Pop music, Choral and Instrumental Music Education.