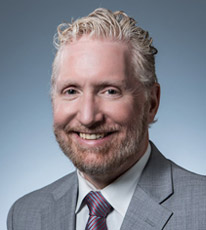 Sean Patrick Nordt, M.D., Pharm.D. is the Associate Dean of Academic Affairs, Chief Medical Officer and the Gavin Herbert Endowed Professor of Pharmacy at the Chapman University School of Pharmacy.

Prior to joining the School of Pharmacy’s Administrative team, he was an Assistant Dean of Pre-Health Education at the University of Southern California, Keck School of Medicine. He was also the Director of the Minor in Health Care Studies and Associate Professor of Emergency Medicine. While at the University of Southern California, he held various positions including: Director of the Section of Toxicology, Chair of Medication Safety, member of the Admissions, Curriculum, Student Affairs, Educational Affairs, Accreditation, and Pharmacy and Therapeutic Committees. In addition, he served on multiple Department of Emergency Medicine committees.

He has been a regular guest lecturer at the University of Southern California School of Pharmacy and various undergraduate classes. Dr. Nordt has been a guest lecturer at the University of California, San Diego School of Pharmacy. In addition, Dr. Nordt is regularly invited to give hospital grand rounds nationally on a wide range of topics. In addition, Dr. Nordt routinely gives media interviews on television, radio and print media on pharmacology, toxicology, addiction and emergency medicine topics.