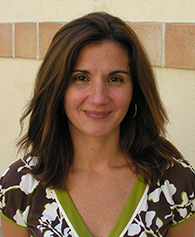 Professor, of Legal Research and Writing

Rita Barnett-Rose is a Professor of Legal Research and Writing at Chapman University Dale E. Fowler School of Law. Prior to joining Chapman in 2008, Professor Barnett was a Professor of Legal Writing at California Western School of Law and a former LRW adjunct professor at Whittier School of Law. She received her JD from the University of Texas, where she graduated with honors, and her B.A. in English from Barnard College of Columbia University, where she graduated cum laude. Prior to her teaching career, Professor Barnett was an associate with the international law firm of Latham & Watkins, practicing mainly in the area of intellectual property. She then joined the corporate boutique firm of Whalen, LLP, where she engaged in both general corporate and IP transactional work. Professor Barnett has also served as a juvenile dependency attorney in the San Diego juvenile courts. While at the University of Texas School of Law, Professor Barnett was an extern for Justice Greg Abbott of the Supreme Court of Texas. She was a staff member of the Texas Environmental Law Journal, where her Note "You Didn't Tell Me Your Lights Were Off: Negligence Per Se and Violations of EPCRA -- Will It Work?" was published. Professor Barnett also won the School of Law’s Best Appellate Brief Award. A professional writer and former literary agent, Professor Barnett has won numerous awards in both fiction and non-fiction. She is a produced playwright, an optioned screenwriter and has worked on assignment as a screenwriter for Walt Disney studios. A member of the State Bar of California, Professor Barnett's pro-bono work has included services for the California Lawyers for the Arts, Orangewood Children’s Home, and the Second Harvest Food Bank. She has served as an Assistant Editor for the Journal of Legal Writing and has published several articles, including articles on legal writing pedagogy, health care, and food law.  Her current scholarly interests are in the areas of food and health care law.