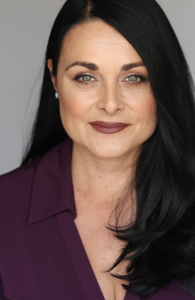 Professor Kelly is an American actress, director and producer. Her work has spanned decades in television, theater and film. She is currently in post-production on "26 Seconds" a feature documentary that is based on a horrific cause that has driven her passion in giving a voice to children who are victims of the sex trade.  For the past three years, she has produced and directed 26 Seconds which has taken her around the world to experience and expose these horrors happening in the world today.

In addition, Kelly balances her directing and acting career while passing on her craft onto future generations of students as a professor at Dodge College of Film and Media Arts at Chapman University. She has also taught at the UCLA School of Theater, Film, and Television, NOCCCD, as well as the Orange County School of the Arts, and The Playground. Kelly studied acting at the Lee Strasberg Institute, and then became a proud lifetime member of the Actors Studio in 1998. She has worked as an actress in many independent films and guest starred on television series, such as ER, Flashforward, Sons of Anarchy, and The Closer. Kelly has also directed theater, Bridge and Frank & Ava, which won The Best of Fringe in 2003.

"I am passionate about encouraging young directors and actors in becoming artists and in bringing a new level of truth to their work." - Kelly Galindo

To learn more about "26 Seconds", email 26secondsdoc@gmail.com or visit 26secondsdoc.com.