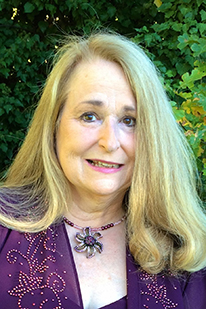 Jeannie Gayle Pool is a musicologist, composer, filmmaker, producer, and lecturer. An ASCAP composer, her compositions have been heard in California, Washington, D.C., Ohio, Massachusetts, Toronto, Paris, Belgrade, India, and China, and in several short films and documentaries. As a music historian and producer, she served as the Executive Director of the Society for the Preservation of Film Music from 1990 to 2002. She was a consultant and music archivist for the Paramount Picture Motion Picture Music Department from 1995 until 2012. Her restoration and production of the original score by J.S. Zamecnik for the Academy-Award winning film Wings (1927) received many complimentary reviews and recognition including a nomination for the International Film Music Critics Award in 2013 (Best Archival Re-recording of an Existing Score).

Known for her work on the history of women in jazz, her book, Peggy Gilbert & Her All-Girl Band was published by Scarecrow Press in 2008 and her documentary film of the same title, narrated by Lily Tomlin, has been screened throughout the United States. Her biography of Zenobia Powell Perry (2009) and her book, co-authored with H. Stephen Wright, A Research Guide for Film and Television Music in the United States (2011) were also both published by Scarecrow. She reconstructed and orchestrated Zenobia Perry’s opera about the Underground Railroad, Tawawa House, which was performed by the Townsend Opera Company in Modesto, CA, in 2014. Her music publishing company, Jaygayle Music (ASCAP), makes Miss Perry’s music available in high-quality print editions. Dr. Pool has taught as adjunct faculty at several universities and frequently guest lectures on film and television music, women in music history, and contemporary American music.

An award-winning radio host and producer, Jeannie Pool was heard weekly on KPFK-FM, Pacifica Radio in Los Angeles between 1980 and 1997 on her program Music of the Americas, on other broadcasts, and numerous radio documentaries. She has produced dozens of recordings for Cambria Master Recordings, an independent California label which specializes in American music and works as a recording session producer on numerous other projects. Currently she is President of the Los Angeles Chapter of the National Association of Composers, U.S.A. and serves on the Board of the American Society of Music Arrangers and Composers. Since 2012 she has consulted regularly with Hollywood studios, film composers, music estates, and other commercial music professionals on preparation and documentation of music collections for long-term archiving, under the banner of her company, Music Legacy Services.

Born in Paris, Illinois, Dr. Pool grew up in Ohio and studied music in New York City at Hunter College of the City University of New York (BA in Music). She also holds a Master’s degree from California State University, Northridge and a PhD in Music from the Claremont Graduate University.