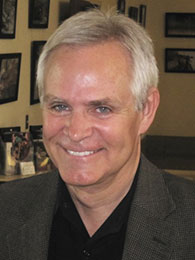 Professor, of the Practice of Entertainment Law

Judd Funk has worked as an attorney and senior executive in the entertainment industry for 30 years. His media interests were first sparked while still a law student at the University of Utah when he interned at the ABC Washington News Bureau with Ted Koppel at the State Department and Sam Donaldson at the White House. After beginning his legal career as a junior associate with a Musick Peeler in LA, he joined the entertainment legal community as a studio attorney at Columbia Pictures. A year later, he moved over to Twentieth Century Fox to work as Senior Production Counsel during the early “Star Wars” years. In 1984, the Satellite Network of America engaged him as Vice President of Programming to produce events ranging from Beach Boys revival concerts to Price Waterhouse Coopers tax seminars for closed circuit broadcast nationwide. He returned to Hollywood in 1988 where he was made head of Universal Pictures Legal Affairs, administrating its legal department for the next seven years. Thereafter he served as Executive Vice President at New Line Cinema for fifteen years overseeing over 50 business affairs executives, lawyers and other legal personnel responsible for all business and legal operations on 160 motion pictures over the next 15 years. Funk serves on the faculty at Chapman University School of Law and Dodge College of Film and media art where he teaches courses in entertainment law.

Throughout the course of his entertainment career, Funk has worked as either an attorney, business affairs executive or departmental head for over 300 films that have earned a total of nearly $12.3 billion in box office revenues, the more notable of which include: The Empire Strikes Back, Return of the Jedi, Field of Dreams, Back to the Future II & III, Born on the 4th of July, Kindergarten Cop, Backdraft, Scent of a Woman, Jurassic Park, Schindler’s List, Seven, Shine, Austin Powers I, II & III, Wag the Dog, Rush Hour I & II, The Lord of the Rings I, II & III, I Am Sam, Elf, The Notebook, Wedding Crashers, 1941, Kramer vs. Kramer and Sex and the City. He also served as co-executive producer of The Nativity Story and is a member of the Executive Branch of the Motion Picture Academy of Arts and Sciences.