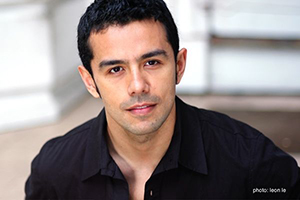 Wilson is a graduate of the University of Washington with an M.F.A. degree in Dance and a Nonprofit Management Certificate from the Evans School of Public Affairs. He also received a B.F.A. degree in Acting and B.A. minor in Dance from Montclair State University. Prior to earning his Masters in Fine Arts degree, he lived in the New York City area where he worked as a performer for television, radio spots, commercials, concert dance companies and Off-Broadway and Broadway musicals. His choreography has been seen throughout the States including at The Kennedy Center in D.C. and has been invited to festivals in Venezuela and Australia. He's taught at University of Minnesota, Purchase, Montclair State University, Tisch School of the Arts, CAP 21, Steps on Broadway and Dance New Amsterdam, to name a few. His research on how to better equip performing arts students to have sustained careers in their fields has been invited for presentation at the International Conference on Visual and Performing Arts in Athens, Greece and the Hawaii International Conference on Arts and Humanities in Oahu, HI. He also has served as a panelist for several arts funding organizations including The National Endowment for the Arts.