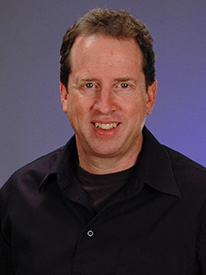 Tim Hall is the director of Woodwind and Brass Studies at Chapman University. Born and raised in Southern California, Tim is a free-lance musician who is both a regular in major local ensembles and a seasoned touring musician.

The past year alone has found Tim on stage or in the pit for the Pacific Symphony, the L.A. Opera, the L.A. Master Chorale, the National Ballet of Canada, the Australian National Ballet, the Long Beach Chorale, and the Pacific Chorale, as well as in lighter concerts with Herb Alpert and comedian/singer Martin Short. He also shared a solo recital at St. Andrew’s Presbyterian Church, in Newport Beach, where he has been an integral part of the music program for two decades.

Tim has toured the United States, Europe and Asia with a variety of groups, in travels that included a five-year stay in Japan while performing in the orchestra in residence and in jazz ensembles at the Huis Ten Bosch resort.

Inspired by the long teaching career of his principal mentor, the renowned Hollywood studio-musician Uan Rasey, Tim is committed to continuing his musical heritage through teaching. In addition to his work at Chapman University’s Hall-Musco Conservatory of Music, he serves on the faculties of Irvine Valley College, Saddleback College, Golden West College, Idyllwild Arts, and the Orange County School of the Arts.  Additionally, Tim owns a teaching studio in Laguna Niguel called The Music Stand.

Tim’s students include winners and finalists in the National Trumpet Competition, as well as pupils who have filled positions in the All Southern Honor Bands, the Orange County Youth Symphony Orchestra, the Pacific Symphony Youth Orchestra, and the Pacific Symphony Youth Wind Ensemble.  Several students have successfully auditioned for Chapman University and continue their studies with him through the Conservatory.

Tim lives in Mission Viejo California with his wife Yoko, whom he met during his residency in Japan, and with whom he has raised three (trumpet-playing) sons.