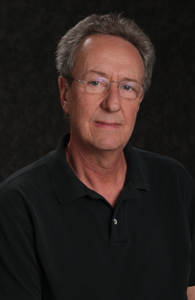 While a grad student at the University of Wisconsin, Steve Hirsen was also a teaching assistant for an introductory course in TV.  Very much liking the classroom experience, he always thought that one day he might like to pursue teaching.  Finally after more than 30 years in TV production, he has happily landed here at Chapman while still keeping his hand in the Hollywood TV biz.

Steve Hirsen is best known as the director who launched two of the most popular series in television history.  Director of 11 seasons of the hit series AMERICA'S FUNNIEST HOME VIDEOS, he was one of the creators of the popular series ENTERTAINMENT TONIGHT and its Emmy Award-winning director through its first three seasons.

With Hirsen’s early career focused almost exclusively in live news, Hirsen directed the CBS EVENING NEWS WESTERN EDITION and coverage of major live events for CBS News.  Hirsen also directed live coverage of the WINTER OLYMPICS for ABC and earlier worked for NBC in Washington, D.C., where he directed local news and worked on programs including THE NBC NIGHTLY NEWS, MEET THE PRESS and THE TODAY SHOW.

Steve Hirsen’s producing and directing experience includes many other genres including talk, sports, award shows, children’s shows, comedy, variety and music.  He lives with his two daughters in Sherman Oaks and when not teaching or in a Hollywood TV control room, he can likely be found on a tennis court.