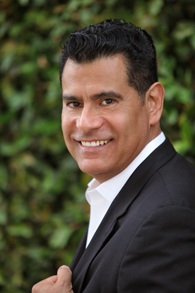 Rafael Luévano (Ph.D./S.T.D.) Nijmegan Catholic University, (now Radboud University, the Netherlands) is an associate professor of Religious Studies. He has authored Endless Transforming Love: An Interpretation of the Mystical Doctrine of Saint John of the Cross (Rome: Carmelite Studies, 1990) and Woman-Killing in Juárez: Theodicy at the Border (Orbis Books 2012). He is a co-editor with Victoria Carty and Tekle Woldemikael of Scholars and Southern California Immigrants in Dialogue: New Conversation in Public Sociology, Lanham, MD: Rowman & Littlefield, 2014. He has also penned many articles and book chapters in English and Spanish. Luévano is Fulbright-García Robles 2015-2016 fellow at the Iberoamericana, Mexico, D.F. conducting research on spiritual memory of the dead as instrument of change positive and effective responses to narco-violence in Mexico. He was the 2013 recipient of the T.A. Abbot Award for Faculty Excellence offered by the Disciples of Christ. Luévano teaches courses on mysticism and religions and the arts.