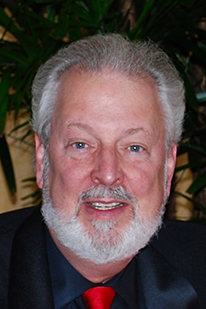 Mr. Atherton's versatility as a singing-actor enabled him to perform six different roles in The Phantom of the Opera in New York, Los Angeles and Toronto.  He has also recorded a program of French Art Song for the Hannover Radio in Germany.

Mr. Atherton holds the Bachelor of Music in Vocal Performance from The Juilliard School, Master of Music in Vocal Performance from the University of Southern California, and Doctor of Musical Arts from the University of California at Los Angeles.  He has received numerous awards including Artist of the Year sponsored by The National Arts Club in New York City and a full scholarship to The International Academy for Soloists where he studied exclusively with Elisabeth Schwarzkopf.

Mr. Atherton is the recipient of the Robert and Norma Lineberger Endowed Chair of Music at Chapman University and is Director of Operatic Studies and Full Professor of Voice in the Hall-Musco Conservatory of Music.  Mr. Atherton has served on the faculty at the University of Southern California, the University of California at Los Angeles, Occidental College, the University of Miami Frost School of Music Summer Program in Salzburg, Austria and at Operafestival di Roma and has presented master classes throughout North America.  His students have been admitted to prestigious graduate and apprentice programs across the country, with many performing professionally in Europe, the United States and Canada.