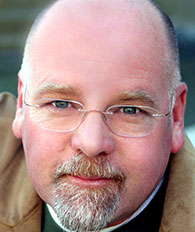 Professor Michael Nehring is an award-winning actor, director, and educator. He is a Full Professor with tenure at Chapman University and received the Chapman University Scudder Award for Outstanding Teaching, Creative Activity, Service in 2013. More recently, Michael was awarded the Outstanding Teaching Senior Professorship Award for 2016-1017, the most prestigious teaching award bestowed on a faculty member.  He served multiple terms as Theatre Department Chair. He has been a founding member of several important theatrical companies in Southern California including Friends and Artist’s Theatre Ensemble (FATE), Shakespeare Orange County (SOC), Son of Semele Ensemble (SOSE).   Michael is a proud member of Actor’s Equity and has been performing and directing professionally for over thirty years.  He recently served as Associate Artistic Director and Educational Director for The Portland Shakespeare Project in Portland, Oregon. He holds a Bachelor’s Degree in Theatre from Fresno State University, and Master’s Degree in Theatre from The University of Oregon, and is certified to teach Meisner performance techniques.

Michael began his professional work as an actor during several seasons with the Hollywood Theatre Ensemble, a summer-stock theatre company housed in the Pocono Mountains of Pennsylvania.  In Southern California he was a founding member of FATE, for which he played several leading roles including the Herald in Marat-Sade (Los Angeles Weekly Award and Drama-logue Award for Performance), Semyon in The Suicide (Drama-Logue Award for performance), Precious in the world premiere of Dolores and Her Loved Ones, and supporting roles in The Firebugs and Balm in Gilead.  He went on to become a founding member of Shakespeare Orange County (SOC), a classical theatre company based in Garden Grove operating in compliance with Actor’s Equity.  As an SOC company member he played Friar Laurence in the 2015 production of  Romeo and Juliet.  Past performances for the company include  Benedick, Shylock, Prospero, Iago, Malvolio, Caliban, Polonius, Feste, Lear’s Fool, Touchstone, Horatio (Drama-Logue Award for performance), and Bottom.  He played supporting roles in Henry V, Macbeth, Much Ado About Nothing, The Taming of the Shrew, and Merchant of Venice.  He accompanied SOC to Prague, Czech-Republic, to perform Venus and Adonis as the opening production of the Prague Shakespeare season in 2012.

In 2000 Michael worked with Matt McCray founding Son of Semele Ensemble (SOSE), a Los Angeles based theatre company.  The company was recognized on a 2004 cover photo in American Theatre as one of the twelve “up and coming” theatre companies in America.  For SOSE he performed the lead role of Nanny in the world premiere of Earthlings and Napoleon in Animal Farm (Ovation Award for Best Musical), the father in On Emotion, and recently played Abram in the critically lauded production of Our Class (Los Angeles Drama Critics Award for Performance, 2014).  Michael has also performed for The Center Theatre Group, The Kirk Douglas Theatre, Shakespeare Santa Barbara, A Noise Within, Pensacola Shakespeare,  and for the ASCAP/Disney Musical Theatre Workshop.  Film/television acting credits include Off Hollywood, a comedy pilot for NBC, Sticks and Bone, a film directed by Everett Lewis, and Necropolis, a film directed by Sal Romeo.

Michael is a versatile stage director and choreographer, comfortable in the genres of musical theatre, Shakespeare, social-realism, and various styles.  His professional directing credits include Romeo and Juliet (Recommended List in the Los Angeles Times) and A Shakespearean Christmas for SOC, The Mysteries for SOSE (Recommended List for the Los Angeles Times and the Los Angeles Weekly), Looking Glass for Laughing Horse Repertory, and The Threepenny Opera for FATE.  He has a twenty year history of directing for Chapman University including productions of HAIR,Oklahoma!, Brigadoon, Little Shop of Horrors, The Crucible, The Bacchae, The Playboy of the Western World, Die Fledermaus, The Fantastiks, The Creation, She Loves Me, Madwoman of Chaillot, Six Characters in Search of an Author, Cloud Nine, and The Grapes of Wrath.

Michael has taught and coached actors for The Disney Channel, Cal. State Fullerton, Orange Coast College, The Portland Actor’s Conservatory (Portland, Oregon), Sal Romeo Workshops (Los Angeles), and The University of Oregon.  He has been teaching at Chapman University since 1982 and he recently celebrated thirty years of teaching the Chapman University London Theatre Tour, a course he created in 1986 that brings students to London for three weeks in January to study live performance.