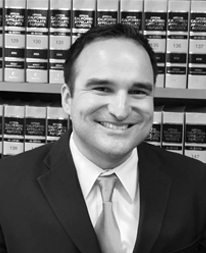 Dr. Michael A. (Mike) Moodian has served as a faculty member in various capacities at Chapman University since 2007. He teaches for the leadership studies minor and master of arts in leadership development programs and codirects Wilkinson College’s Orange County Annual Survey.

He is cofounder of the inaugural Orange County Sustainability Decathlon. This is a major competition in which college teams from across the globe will design and build innovative, net-zero homes and display them at a sustainable village at the OC Fair & Event Center in October 2023. The goal for the event is to help spark Orange County and the greater Southern California region to be the world’s sustainability and clean-technology capital.

Mike released the television documentary Coastal Crisis: California’s Vanishing Beaches, which PBS aired last year in the L.A. region. The documentary explores the causes and effects of coastal erosion on California’s beaches. Mike is the program’s coproducer, codirector, and lead writer. The documentary won the Best of Festival Award at the 2022 Los Angeles Television, Script and Film Festival.

Mike has written numerous journal articles, book chapters, and commentaries and has been a guest op-ed contributor for newspapers such as the Orange County Register, San Diego Union-Tribune, San Jose Mercury News, Voice of OC, and Los Angeles Daily News. He has presented his research at national and international conferences and has served as an expert commentator on several television and radio programs.

Mike’s wife, Dr. Margaret Moodian (’03), is a tutorial faculty member for adult learners and serves on the Journey School and Tias Arms boards of directors. They live in Rancho Mission Viejo with their young son and pets. In his free time, Mike enjoys being a taekwondo dad, coaching youth sports, and serving as a San Juan Capistrano Little League board member and division commissioner.