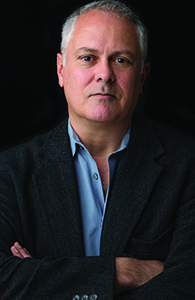 "Story is  a powerful force for healing wounds in the individual and divisions in society. When we meet on the level of Story, we enter a community of understanding. My greatest joy is being a part of Story — telling them as an actor, author, and public speaker, and helping others find a voice for their own as an educator, coach, and mentor."

Matthew Arkin has been passionately involved in the exploration of character, plot, and motivation since he began his professional acting career at the age of eight.  After graduating with honors in English from Wesleyan University in 1982, he continued his studies at Fordham Law School. He was admitted to the New York State Bar in 1986 and practiced law until 1989, at which point he decided to follow his passion and return to his acting career.

One of his greatest joys has been working on the development of new plays by some of our finest playwrights, both established (Donald Margulies, Richard Greenberg, Theresa Rebeck, Samuel D. Hunter) and newly emerging (Barbara Dana, Steven Drukman, and Michael Hollinger). His novel, suspense/thriller In the Country of the Blind, has garnered considerable praise.

As an educator Matthew has taught at the world-renowned HB studio in New York City and The American Academy of Dramatic Arts in Los Angeles. He currently directs the Acting Intensive Program at South Coast Repertory’s Theatre Conservatory in Costa Mesa, California, and teaches privately in Los Angeles.