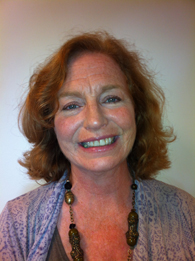 Professor, of the Practice of Entertainment Law

Mary Lee Ryan is an entertainment attorney with over 25 years of experience in the domestic and international entertainment industries. While still a law student at New York University, she enjoyed teaching Contract Law and was awarded the Walter Derenberg Fellowship in Copyright Law. Following her passion for music and business, Mary Lee Ryan moved to Los Angeles where she got her start in the entertainment industry negotiating media contracts as an associate for Manatt, Phelps and Phillips. In 1988, she joined Columbia and TriStar pictures in Burbank, where she negotiated music agreements for motion pictures and television shows, including the use of soundtracks, composers, and publishing agreements. A year later, she joined Rondor Music International, Inc., where she was made the Senior Vice President of Business Affairs. There, she negotiated some major agreements, such as the sale of Rondor Music International, Inc. to Universal Music Group, which was reported by the Wall Street Journal to be a 400 – 500 million dollar transaction. In 2002, Mary Lee Ryan went into private practice, working as an attorney and consultant to individuals and companies throughout the entertainment industry. Mary Lee Ryan joined Chapman as a visiting assistant clinical professor in 2010.