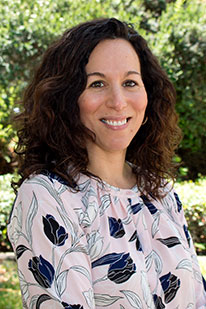 Marisa S. Cianciarulo is a specialist in immigration law with a human rights focus at Chapman University Fowler School of Law. She currently serves as the Interim Dean of the law school, and previously served as its Associate Dean for Academic Affairs from 2017 to 2021. Dean Cianciarulo received her B.A. from the Catholic University of America, her JD from American University Washington College of Law, and her M.A. from American University School of International Service. She founded Chapman's Bette and Wylie Aitken Family Violence Clinic in 2006 and served as its director until 2017.

From 1997 to 2012, Dean Cianciarulo represented people from Central and South America, Afghanistan, Africa, Asia, Pakistan, and Eastern Europe in political asylum and other immigration matters. Prior to joining the faculty of Chapman University in 2006, Dean Cianciarulo practiced immigration law in the Washington, D.C. area, served as a staff attorney with the American Bar Association’s Commission on Immigration, and taught in the Villanova Law School Clinic for Asylum, Refugee and Emigrant Services.

Dean Cianciarulo’s research focuses on vulnerable immigrant populations and the intersection of gender and immigration. She has published numerous articles in academic journals, including the highest-ranked journals in the country on gender and the law and human rights law. Dean Cianciarulo has taught Civil Procedure, the Family Protection Clinic, Gender and Sexual Orientation and the Law, Refugee Law, and Remedies at the law school. She has also taught Immigration and Refugee Law and Policy in the undergraduate Honors Program.

Dean Cianciarulo has been active with diversity initiatives and student-sponsored events across the university. Law students voted Dean Cianciarulo Professor of the Year in 2010, and in 2017 the university awarded her the Valerie Scudder Award for outstanding achievement in teaching, scholarship, and service.