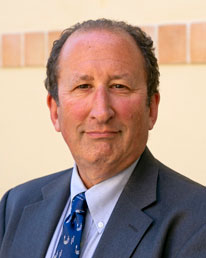 After graduating from Harvard Law School, where he won the Fay Diploma and was an editor of the Harvard Law Review, Professor Rosenthal clerked for Judge Prentice Marshall of the United States District Court for the Northern District of Illinois and Justice John Paul Stevens of the United States Supreme Court. Professor Rosenthal entered the practice of law as an Assistant United States Attorney for the Northern District of Illinois, specializing in organized crime and public corruption prosecutions. Among other things, he brought the first racketeering case involving insider trading, and secured the longest sentence in the history of the district in an organized crime case (200 years). He subsequently joined the City of Chicago's Department of Law, where he was Deputy Corporation Counsel for Counseling, Appeals, and Legal Policy. In that capacity, he argued three cases in the United States Supreme Court, and supervised a large volume of complex litigation as well as legislative as policy matters. To his great embarrassment, Professor Rosenthal was named by Chicago Magazine as one of "Chicago's 25 Toughest Lawyers". Since then, he tries to be nicer. Professor Rosenthal joined the Chapman faculty in the fall of 2005. He also continues to engage in litigation in the United States Supreme Court and other appellate courts, usually on a pro bono basis.