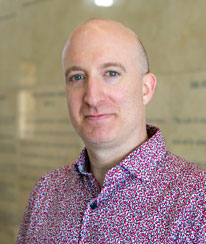 Kenneth Stahl is a Professor of Law and the director of the Environmental, Land Use, and Real Estate Law certificate program at Chapman University Fowler School of Law. His scholarly work focuses on the relationship between the local political process and judicial doctrine in land use and local government law. His research combines doctrinal analysis with insights from disciplines including urban sociology, geography, economics, and the humanities. Professor Stahl's works have appeared in journals including The University of Pennsylvania Law Review, the Harvard Civil Rights-Civil Liberties Law Review, and Cardozo Law Review, among others. He was selected as a participant at the 2012 Junior Faculty Forum at Harvard Law School. Professor Stahl has also been named Professor of the Year at Fowler School of Law twice and received the Michael Lang Award for Scholarly Excellence in 2021.

Before joining Fowler, Professor Stahl spent four years as an Assistant United States Attorney in the Eastern District of New York. Prior to that, he worked as a Trial Attorney for the United States Department of Justice, Office of Constitutional Torts, and as an Associate at the Washington, D.C. law firm of Arnold & Porter. Professor Stahl earned a B.A. with Highest Honors and Highest Distinction from the University of Michigan, and a JD from Yale Law School. At Yale, he served as a Notes Editor of the Yale Law Journal and an editor of the Yale Journal of Law and The Humanities.