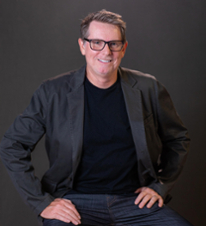 Among the many stage productions John has directed, a few include the West Coast premieres of Borderlands, an original play about Bosnia, which was a Best Pick in the LA Weekly and Fortune’s Fools at the McCadden Theater in Hollywood, also a Best Pick and for which he won a Dramalogue Award.  He directed One Grimm Evening at the Odyssey Theatre as well as What I Heard About Iraq by Simon Levy, which performed on college campuses, in theaters and performing arts centers in New York, California, Washington State, Montreal and at the LaMama Theatre in Manhattan.  He has acted Off-Broadway at the former Ubu Rep, at the Victory Gardens Theatre in Chicago, The Odyssey and Fountain Theatre in Los Angeles and Shakespeare Orange County, as well as a host film/television roles. He’s a proud member of Actor’s Equity and SAG/AFTRA.

He wrote and directed the award-winning film Children of the Struggle, which was shown in film festivals across the country and on PBS station KQED for three years to commemorate Black History Month, and the film is seen in high schools and colleges nationwide. Children of the Struggle was recognized by the NAACP Film Commission for its “true and poignant portrayal of the fight for black voting rights”. It is distributed through Alexander Street Press.

John is certified by Ivana Chubbuck to teach her approach to acting, a technique used by award-winning actors’ Brad Pitt, Halle Berry, Charlize Theron, Judith Light, Terrence Howard, Jim Carrey, Jake Gyllenhaal, among many others. In 2019 he directed and produced a film featuring Ms. Chubbuck discussing her technique, titled The Power of the Actor: The Chubbuck Technique. The film is distributed through Films for Humanities.

He was a consulting producer on the film M.F.A., released with Dark Sky Pictures and available on Netflix.

In 2007, John approached writer Andrew Carroll about the possibility of a play based on Carroll’s collection of war letters featured in his best-selling books War Letters and Behind the Lines. Three years later he directed the premiere of If All the Sky Were Paper (video link) at Chapman University. In 2013 he was awarded a prestigious National Endowment for the Arts grant, as well as a Cal Humanities grant to bring the play to a wider audience. Since then, together they have taken the play to Seattle Rep, the WAMC Linda Performing Arts Studio in Albany, NY, Lobero Theatre in Santa Barbara, Martha’s Vineyard Performing Arts Center, the Kirk Douglas Theatre in Los Angeles and the Kennedy Center in Washington, DC. Annette Bening, Laura Dern, Gary Cole, Mary Steenburgen, Ed Asner, and Common are only a few of the actors he has had the pleasure to direct as part of this production.

Currently, he is in pre-production on a feature length film about the war letters project.