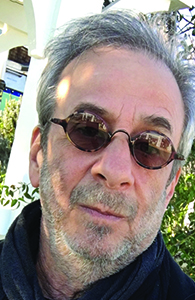 Ian Gurvitz is a native New Yorker who has lived in Los Angeles for the last 30 years working as a TV Writer/Director/Executive Producer. He’s produced over 300 episodes of television on shows such as Wings, Becker, The Wonder Years, Get a Life, and Frasier, along with creating three shows that went to series. Between staff jobs, he’s had studio term deals at New World/Tri-Star, NBC Studios, and Paramount.

In addition to working in television, Gurvitz has written about politics and culture for The Huffington Post and Attn.com. He’s also written

four books: Hello, Lied the Agent -- a behind-the-scenes account of TV development; Deconstructing God -- A Heretic's Case For Religion); Welcome to Dumbfuckistan – The Dumbed-Down, Disinformed, Dysfunctional, Disunited States of America; and Freak-Out – The 2016 Election and the Dawn of the American Democalypse. He also published a book of original drawings in 2016, entitled Talking Heads.