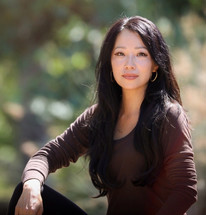 Grace Fong is a prize-winning American pianist with an international career as a concerto soloist, recitalist, chamber musician, and contemporary keyboardist. Praised as "positively magical" (Cleveland Plain Dealer), and "immediately a revelation" (Arizona Central), Fong has gained critical acclaim in the United States, Canada, Europe, United Arab Emirates and Asia. She has been featured at major venues including Weill Hall at Carnegie Hall; the Kennedy Center; Musco Center for the Arts; Phillips Collection; the Hollywood Bowl; Great Hall in
Leeds, UK; Reinberger Hall at Severance Hall; the Liszt Academy in Budapest; Konzerthaus Dortmund in Germany; and the National Center for Performing Arts, Beijing. Radio and television performances have included the British
Broadcasting Company, "Performance Today" on National Public Radio, WFMT “Live from Chicago,” WCLV-FM Cleveland, KUSC Los Angeles, and the "Emerging Young Artists" series in New York. She has performed as soloist with the Mariinsky Theater Orchestra under Valery Gergiev, the Halle Orchestra in the United Kingdom under Mark Elder, the Polish Chamber Orchestra under Wojcec Rajski, the Indianapolis Chamber Orchestra, the Indianapolis Symphony Orchestra, the Phoenix Symphony, Pacific Symphony, and Music Academy of the West Festival Orchestra, among others.

Special prizes have included “Best Performances” Prizes of Baroque, Classical, and Contemporary works, as well as the “Jury’s Selection” Prize. Fong is also the winner of one of America's most prestigious piano awards, the Christel DeHaan Classical Fellowship of the American Pianists Association (the first female winner in 12 years). She also won the Grand Prize in piano from the National Foundation for the Advancement of the Arts and thereafter was named a "Presidential Scholar in the Arts,’” for which she was awarded a performance at the Kennedy Center and presented with a medallion by the President of the United States at the White House.

Born in Los Angeles, Fong was a Trustee (full) Scholarship recipient at the University of Southern California where she completed a double major and minor.