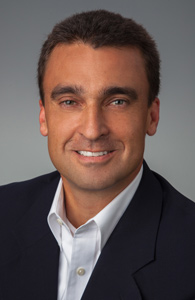 Chris Lowe is the Graduate Programs Assistant Dean and an Adjunct Professor of International Negotiations and Diplomacy in the Argyros School of Business and Economics at Chapman University. Prior to this role, he served in the Walt Disney Parks and Resorts division of the Walt Disney Company as the Director of Global Development and Public Affairs.

Chris started his career in public service working for Governor Pete Wilson in the State Capitol. During this time he was mainly responsible for Business, Trade and Commerce issue. After serving in the Wilson administration Chris ran successfully for elective office and served for 8 years on a local city council and two years as Mayor. Chris was appointed by the US Treasury Secretary to the taxpayer citizen’s oversight panel for the IRS, where he served as the National Vice Chairman and helped to establish tax policy for the IRS.

Chris received his Bachelor of Arts degree in Political Science with an emphasis in Public Administration from California State University, Fullerton. Chris also attended the John F. Kennedy School of Government at Harvard University and graduated from the state and local government program. Chris earned his Master in Business Administration from Chapman University.