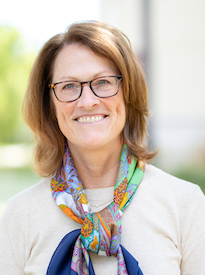 Professor McConville joined the Chapman faculty in August 2000. While at Chapman, she has received the Professor of the Year award four times. She served as Associate Dean for Administrative Affairs from June 2007 to May 2009. Before coming to Chapman, Professor McConville was a visiting faculty member at Case Western Reserve School of Law, where she received the Student Bar Association's Teacher of the Year award for 1999. She earned her B.A. from Boston University, graduating magna cum laude, and her JD from Georgetown University Law Center, graduating magna cum laude in the top one percent of her class. She was selected for Order of the Coif and served as an editor for the Georgetown Law Journal's Criminal Procedure Project. After law school, Professor McConville served as a law clerk to Chief Justice William H. Rehnquist at the Supreme Court of the United States. She also clerked for Judge Cynthia Holcomb Hall on the United States Court of Appeals for the Ninth Circuit, and for Judge Donald C. Nugent on the United States District Court for the Northern District of Ohio. Following her clerkship with Chief Justice Rehnquist, Professor McConville practiced law for three years as an associate with Shea & Gardner in Washington, D.C., working primarily on litigation matters involving constitutional, labor, banking, and aviation law issues. Professor McConville teaches Constitutional Law, Federal Courts, and Wills and Trusts. Her current research and writing projects are in the constitutional law and death penalty areas.