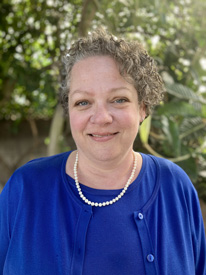 Professor, of the Practice of Law
Director, Externship Program

Carolyn Young Larmore joined the faculty of Chapman University Fowler School of Law in 2005. She received her B.A. from U.C. Berkeley in 1994, graduating Phi Beta Kappa, and her JD from UCLA in 1997, graduating Order of the Coif and completing two externships, one with the Honorable John G. Davies, U.S. District Court for the Central District of California, and the other with the ACLU of Southern California. After graduating from law school, Professor Larmore joined the law firm of Irell & Manella LLP in Los Angeles as a litigation associate, and later Proskauer Rose LLP's Labor & Employment department in its Los Angeles office. Professor Larmore then worked at the Disability Rights Legal Center at Loyola Law School, where she litigated cases under the Americans with Disabilities Act and other state and federal laws designed to protect the rights of individuals with disabilities. She also supervised law students from around Southern California as part of the DRLC's externship program.

As Externship Director at Chapman University Fowler School of Law, Professor Larmore supervises about 150 students per year as they work for judges, district attorneys and public defenders, government agencies, non-profits, in house counsel departments and private law firms. She advises students on which placements would best meet their career and learning goals, helps them prepare for the externship experiences, and counsels them throughout the externship semester on how to succeed in their placements. She is also a regular presenter at national and regional externship and clinical academic conferences.