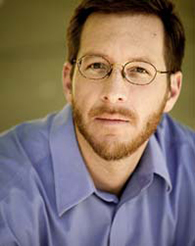 Education:
Columbia University in the City of New York, Bachelor of Arts

Andrew Carroll is a bestselling author, historian, playwright, and public speaker, and he is currently the director of the Center for American War Letters at Chapman University.

Andrew published his first book, VOLUNTEER USA: A Comprehensive Guide to Worthy Causes That Need You, in 1991, during his junior year of college.

In 1992, Andrew co-founded, with the Nobel Laureate Joseph Brodsky, the American Poetry & Literacy (APL) Project, which distributed more than 1,000,000 free poetry books in schools, hospitals, hotels, train and subway stations, airports, supermarkets, and other public places throughout the United States. Andrew also edited five poetry anthologies: ACROSS STATE LINES: America’s 50 States as Represented in Poetry; 101 GREAT AMERICAN POEMS; HOW TO EAT A POEM: A Smorgasbord of Tasty and Delicious Poems for Young Readers; SONGS FOR THE OPEN ROAD: Poems of Travel & Adventure; and A WORLD OF POETRY, an international collection of verse. With funding from the Olympic Games’ cultural division, more than 100,000 free copies of A WORLD OF POETRY were given to athletes and spectators at the XIX Olympic Winter Games in Salt Lake City.

Andrew’s first New York Times bestseller, LETTERS OF A NATION: A Collection of Extraordinary American Letters, was published in 1997. A year later, and inspired particularly by the war letters he found while researching the book, Andrew created the Legacy Project, an all-volunteer initiative to honor veterans, active-duty troops, and their family members by preserving their wartime correspondences. Andrew has traveled to all 50 states and to more than 40 countries, including Iraq and Afghanistan, and he has collected an estimated 100,000 letters (and emails) from every war in U.S. history. Andrew donated this massive collection, free of charge, to Chapman University. The Legacy Project has been re-named “The Center for American War Letters,” and the collection is now archived in Leatherby Libraries at Chapman. Through his work with the Center, Andrew continues to seek out, preserve, and bring attention to the importance of saving war-related letters and emails.

Andrew has edited two other New York Times bestselling books, WAR LETTERS and BEHIND THE LINES, both of which feature hundreds of previously unpublished correspondences from American conflicts. WAR LETTERS was the basis of the critically acclaimed PBS documentary of the same name, and the audio version of the book was nominated for a Grammy in the “Spoken Word” category. In 2007, Carroll edited a smaller anthology that focuses on religion and spirituality in combat, titled GRACE UNDER FIRE: Letters of Faith in Times of War.

Andrew also revived the Armed Services Editions (ASEs), which were pocket-sized editions of bestselling books given to servicemen and women during World War II. In 2000, Andrew began working with major publishers to reissue the books, and more than 500,000 free ASEs have been delivered to U.S. troops around the world, including thousands of books that Andrew personally handed out in Baghdad and Kabul.

In 2004, Andrew was asked by the National Endowment for the Arts (NEA) to participate in a program conceived by the NEA, in partnership with the Department of Defense, called Operation Homecoming. The program encouraged members of the military, their loved ones, and veterans of the wars in Iraq and Afghanistan to share their short stories, poetry, correspondences, and other fiction and nonfiction writings with the NEA. Andrew edited, on a pro bono basis, a collection of these works, titled OPERATION HOMECOMING: Iraq, Afghanistan, and the Home Front, in the Words of U.S. Troops and Their Families, and the anthology inspired the Emmy-award winning documentary, “Operation Homecoming.”

Andrew wrote a booklet, “A Guide for Writers,” as part of the Operation Homecoming program that can be (and has been) used by Post-Traumatic Stress Disorder counselors as well as by individual troops and veterans interested in writing about their experiences. Andrew has personally led PTSD group counseling sessions at the Walter Reed National Military Medical Center, the Bethesda Naval Hospital, the St. Louis VA Medical Center, the Landstuhl Regional Medical Center, and the Bagram Air Force Base in Afghanistan. A free, pdf version of “A Guide for Writers” can be downloaded at: http://arts.gov/sites/default/files/OperationHomecomingWorkbook.pdf

Andrew is also the author of the play, “If All the Sky Were Paper,” which began touring the United States in August 2013 and has been performed coast-to-coast, from the Kirk Douglas Theatre in Los Angeles to the Kennedy Center in Washington, DC. All of these performances were directed by John Benitz, the chair of Chapman University’s Theatre Department. The play is based on Andrew’s worldwide search for “the most extraordinary war letters ever written” and has starred several Oscar- and Emmy-winning actors, including Laura Dern, Annette Bening, Common, and Mary Steenburgen. (To watch a short, three-minute trailer about the play, please visit: https://www.youtube.com/watch?v=GwaWHUdzLCI&t=11s )

In 2013, Andrew wrote HERE IS WHERE: Discovering America’s Great Forgotten History (www.HereIsWhere.org), and he has used the book’s proceeds to erect historical markers to honor unsung American heroes like Philip Reed, the slave who built the Statue of Freedom that sits on top of the U.S. Capitol; Mary Goddard, the Baltimore printer who risked her life to publish the Declaration of Independence in January 1777; and Edward Stone, the first American to die in combat in World War I.

Andrew’s most recent book is MY FELLOW SOLDIERS: General John Pershing and the Americans Who Helped Win the Great War, published in 2017, and that same year Andrew was featured in the PBS documentary, “The Great War,” about World War I. He is also a frequent on-air contributor to Travel Channel’s “Mysteries at the Museum.”

Andrew has also been a contributing editor to the New Yorker and TIME, and his op-eds and articles have appeared in the Wall Street Journal, the Chronicle of Philanthropy, the New York Times, the Washington Post, the Los Angeles Review of Books, USA Today, AARP Bulletin, and National Geographic.