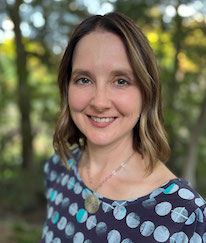 Professor, of Legal Research and Writing

Professor Patthoff specializes in legal analysis and communication. She joined the faculty in 2012. Prior to that time, she taught at the University of Idaho College of Law where she was nominated for a Teaching Excellence Award. She has taught courses in legal analysis, advocacy, and judicial writing.

This is Your Brain on Law School: The Impact of Fear-Based Narratives on Law Students, 2015 Utah L. Rev. 391.