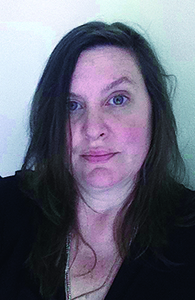 Over the course of her Costume Design career, Vanessa Vogel has worked with a wide range of directors and actors on many studio and independent feature films giving her unique insight into the cinematic storytelling process.   She has worked with directors including Gus van Sant, on My Own Private Idaho and Goodwill Hunting, Nicole Holofcener on Lovely and Amazing, and Oliver Stone, Joel Shumacher, and Curtis Hanson on various projects. Actors she has collaborated with include, Jeff Bridges, Robert Redford, Keanu Reeves, Scarlett Johansson, Jennifer Lopez, Katie Holmes, Robin Williams, and Anthony Hopkins to name a few. In addition to Vogel’s work on feature films, she has also designed assorted national campaign television commercials: BMW, Nike, Coca Cola etc, and has created a successful fashion line called Parkvogel which sold in boutiques worldwide and garnered a loyal celebrity following.

She is a member of the Costume Designers’ Guild.

Vogel’s philosophy to teaching costume design is to infuse her resourceful, practical, and sophisticated design approach that is based on deliberated in-depth character analysis and artistic research, into her curriculum.