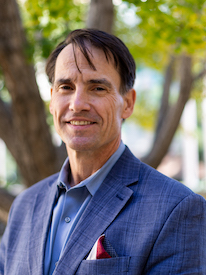 Professor Bell joined the faculty of Fowler School of Law in 1998. His scholarship focuses on special jurisdictions, copyrights, Internet law, prediction markets, and the Third Amendment of the Bill of Rights (the one about quartering troops).  His books include Your Next Government?  From the Nation State to Stateless Nations (2018), and Intellectual Privilege: Copyright, Common Law, and the Common Good (2014).

In addition to writing a steady stream of scholarly works, Professor Bell has appeared on or been quoted in the Wall Street Journal, CNN, Economist, Los Angeles Times, and many other news sources. He has also starred in several online videos addressing timely legal issues.  Professor Bell serves as Editor-in-Chief of the Journal of Special Jurisdictions and advises The Seasteading Institute (pro bono), Pronomos Capital, and Free Society Project, among other organizations.