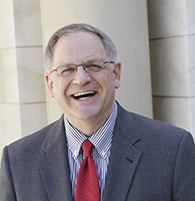 Stephen Coker is Director of Choral Activities and Associate Professor of Music at Chapman University.  Prior to this appointment, Dr. Coker served on the faculties of Portland State University (2006-2009), the University of Cincinnati College-Conservatory of Music (CCM) from 2000-2006, and Oklahoma City University (OCU) from 1975-2000.

At both CCM and OCU, Coker was awarded the “Outstanding Teacher Award” (2002 and 1991, respectively), and he was given the "Director of Distinction Award" by the Oklahoma Choral Directors Association in 1995. In frequent demand as a clinician and guest conductor across the nation, Dr. Coker has worked in roughly half of the fifty states.  Internationally, he has conducted professional, collegiate, and youth choirs and orchestras in workshops and festivals in Portugal, South Korea, Israel, Sweden, and Taiwan.

Coker received his Bachelor and Master of Music Degrees from OCU and the Doctor of Musical Arts degree in Choral Music from the University of Southern California, having studied with Rodney Eichenberger, James Vail, and David Wilson.  An avid enthusiast of choral-orchestral performance, Coker has conducted much of that major repertoire including works of Bach, Mozart, Haydn, Brahms, Dvorak, Vaughan Williams, Duruflé, Poulenc, Orff, and Bernstein, and has prepared choruses for James Levine, James Conlon, and Erich Kunzel.  As a professional chorister, he has sung for conductors Helmuth Rilling, Krzysztof Penderecki, Dennis Russell Davies, and the late Robert Shaw.

Other special interests of Dr. Coker include orchestral conducting, world music, opera and musical theater, and church music.  Throughout most of his academic career, he has held choir director positions at Presbyterian, United Methodist, and Episcopal parishes. Currently, he serves as Director of the Sanctuary Choir at Claremont United Methodist Church.