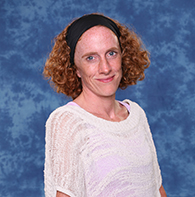 As a veteran of both traditional and CG animation, Ruth Daly has a wealth of experience and knowledge to share with students and professionals.

In 1996 her career started as a traditional animator at Warner Bros Feature Animation most notably working on Brad Bird's critically acclaimed The Iron Giant in 1998. She transitioned to CG in 2001 at Rhythm and Hues studios where she worked her way up to a supervisory role over a period spanning twelve years. She was involved in an array of different feature films in varied styles and her credits included The Lion the Witch and the Wardrobe, Night at the Museum and The Golden Compass which received an Academy Award for VFX in 2008.

Over the past few years, Daly has been helping productions develop their animation talent by mentoring junior animators to prepare them for the rigors of production work. She played a central role in growing the animation teams in Rhythm and Hues India and Malaysia facilities by training animators for production on many projects, including Ang Lee's Award winning Life of Pi and Academy Award nominated Snow White and the Huntsman in 2013. Rhythm and Hues has been an industry pioneer in producing feature quality animation in Asia and Ruth has played a pivotal role in this effort. More recently she worked with Marza in Tokyo mentoring their animation team to prepare them for work on an English Language International release to be announced in 2014.

“Working in Feature Film and as an animator over the past 15 years has been an amazing, collaborative and innovative experience within a rapidly changing and revolutionary field. I could not imagine a more rewarding path to follow as an artist.”