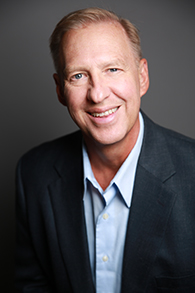 Noted for his artistic and visionary leadership, Dr. Frelly's appointments extend beyond the United States, having served as Artistic Director and Festival Conductor of music festivals in London (for the 2012 Olympic Games and Queen’s Jubilee), Vienna and Prague (2009), China (for the 2008 Olympic Games), and Sydney, Australia (2006 and 2007).  As music director, he has led performances in 16 countries across 3 continents, including return visits to the famed Salzburg Music Festival and the renowned Sydney Opera House, Carnegie Hall and the Walt Disney Concert Hall.  Equally at home in the classical, jazz and pop genres, Dr. Frelly has worked with a number of prominent artists, has conducted for film and opera, and is a frequent guest conductor for all-state and regional honor bands and orchestras.

A strong advocate for the arts, Dr. Frelly is a frequent clinician, presenter and leader with many notable arts organizations and has served as Mentor for NAfME (National Association for Music Education), President of the Youth Orchestra Division of the League of American Orchestras, and President of the California Association for Music Education —Southern Section.  A leader in the field of music education, for the past 10 years Dr. Frelly has served in a variety of capacities for both the California Department of Education and the California Commission on Teacher Credentialing, which has included working as a member of the Visual and Performing Arts Curriculum Framework and Evaluation Criteria Committee and as the lead assessor and trainer in music for the California Teacher Performance Assessment. In the Fall of 2019, Dr. Frelly was re-elected to a second term as Chairman of the Committee on Accreditation for the State of California. Dr. Frelly has authored numerous articles on music and has been a contributing writer for the Orange County Register.