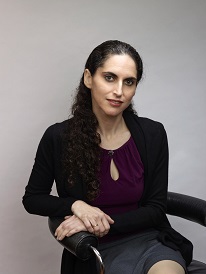 Dr. Riva Tukachinsky is an assistant professor in the School of Communication. She studies media psychology, namely how individuals choose, comprehend and can ultimately be influenced by media. Her research considers the following questions:

Since 2014 Dr. Tukachinsky has been working with students on offering a bilingual (English/Spanish) media literacy program to the community. Students participate in a service learning course in which they work with parents/caregivers and children to deliver interactive workshops. The class offers research-backed tips on healthy media habits and provides various resources for helping parents to instill in children lifelong positive media habits and help their children grow to be sophisticated, critical and savvy media consumers. Please visit their website.

Here are just a few examples of her recent research projects: