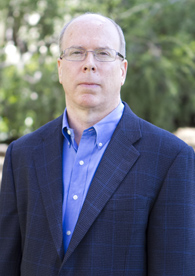 Dr. Redding most recently served as the Vice Chancellor for Graduate Education at Chapman University, where he also held the Wang-Fradkin Chair, which is the highest honor Chapman can bestow on a faculty member for exceptional merit in scholarly or creative activity. He previously served as the Associate Dean for Academic Affairs and Associate Dean for Administration at the Fowler School of Law. Dr. Redding also holds appointments as Professor of Psychology in the Crean College of Health and Behavioral Sciences and Professor of Education in the Attallah College of Educational Studies. Previously, Dr. Redding was Professor of Law at Villanova University School of Law, Research Professor of Psychology at Drexel University, and Director of the JD/PhD Program in Law and Psychology at Villanova and Drexel Universities. Before that, he was an Assistant Professor and Associate Director of the Institute of Law, Psychiatry, and Public Policy at the University of Virginia School of Law.

Dr. Redding's research focuses on forensic issues in criminal law and juvenile justice, the use of social science research in law and public policy, scientific evidence, and legal education.  His work in these areas is both theoretical or policy-oriented and empirical. Dr. Redding has authored close to 100 publications in leading legal and peer-reviewed scientific journals, including Law and Human Behavior, Behavioral Sciences & the Law, University of Chicago Roundtable, Utah Law Review, American University Law Review, Virginia Journal of Social Policy and the Law, Washington & Lee Law Review, Washington University Journal of Law & Policy, American Psychologist, Psychological Science, Psychological Inquiry, Journal of Social Issues, and the Duke Journal of Gender Law and Policy, as well as publications of the American Bar Association, the MacArthur Foundation, the University of Chicago Press, Oxford University Press, and the U.S. Justice Department. He also has co-authored or co-edited four books.

Dr. Redding is a Fellow of the American Psychological Association, a distinction awarded "in recognition of outstanding and unusual contributions to the science and profession of psychology." He also is Fellow of the Association for Psychological Science, for "sustained outstanding contributions to the science of psychology," and a Fellow of the American Bar Foundation.  He has received awards for his work from the American-Psychology Law Society and the Society for the Psychological Study of Social Issues, has been an invited speaker at many national and international conferences, and his work is widely cited (more than 6,000 times to date) in legal and scientific journals and treatises. He serves on the editorial boards of the journals Behavioral Sciences and the Law, Criminal Justice and Behavior, Psychology Public Policy and Law, Youth Violence and Juvenile Justice, and the Journal of Child and Family Studies, and was formerly the Associate Editor of the Journal of Forensic Psychology Practice. He is the Founding President of the Society for Open Inquiry in Behavioral Science, and serves on the editorial board of the Journal for Open Inquiry in Behavioral Science.

In addition to practicing law, Dr. Redding has worked as a clinician with children and families, has directed major research and development projects for state and federal government agencies (including the Virginia Department of Criminal Justice Services, the U.S. Air Force and Navy, and the Federal Aviation Administration), has served on juvenile justice task forces for the Commonwealth of Virginia, and served for many years as a consultant to the U.S. Justice Department, Office of Juvenile Justice and Delinquency Prevention. He occasionally serves as an expert witness in cases involving juvenile offenders or scientific research evidence.

Dr. Redding received his B.A. from Hampden-Sydney College (with honors), his M.S. from Vanderbilt University, his J.D. (with honors) from Washington and Lee University (where he was the Frances Lewis Law Fellow), and his Ph.D. in Psychology from the University of Virginia. He clerked for the Honorable Michael W. Farrell at the D.C. Court of Appeals in Washington, DC.