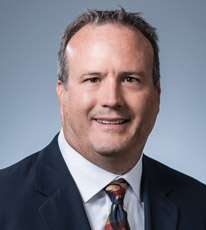 As a graduate student, Dr. Ostrom studied muscarinic receptor signaling in airway and GI smooth muscle.  He was awarded a UC Regents dissertation fellowship and an award for outstanding graduate student.  Dr. Ostrom did postdoctoral training in the Department of Pharmacology at the University of California, San Diego.  Here, he turned his focus to molecular pharmacology and began to unravel some of the earliest observations of GPCR signaling compartments.  The American Heart Association named him a finalist for the prestigious Katz Award for outstanding young scientist.

Dr. Ostrom is an internationally recognized expert in adenylyl cyclases and cAMP signaling.  He has published over 50 peer-reviewed publications, review articles and book chapters as well as over 60 meeting abstracts.  He currently serves on the editorial board for the American Journal of Physiology, Cell Physiology and is Associate Editor for Naunyn-Schmiedeberg’s Archives of Pharmacology, the oldest pharmacology journal in existence.

Dr. Ostrom’s research seeks to understand how cells “pre-arrange” multiple signaling components in G protein couple receptor (GPCR) signal transduction cascades. Using expression of mutant signaling proteins, siRNA knockdown of native protein expression, and a variety of cell biological and biochemical approaches, Dr. Ostrom examines signaling mechanisms of GPCR.  He is interested in the organization of cAMP signaling microdomains in the plasma membrane, especially in lipid raft/caveolin-rich regions. Various receptors, G-proteins and effectors, particularly adenylyl cyclase, localize in lipid rafts while others are excluded from these domains. The long-term focus of Dr. Ostrom’s research to understand how cAMP signaling compartments are formed and maintained, what components allow the cell to interpret these spatial signals differently, and how these features might be altered in disease.  An understanding of these compartments and the cellular responses they mediate will lead to novel therapeutic strategies for cardiovascular disease, asthma, COPD and likely many other maladies.