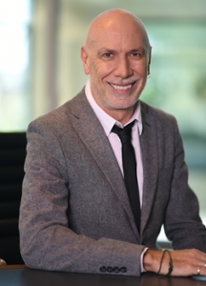 Professor, Founding Director of the Center for Creative and Cultural Industries in Wilkinson College

Patrick Fuery is a graduate of Murdoch University, Australia, with a BA (Hons), MPhil and Phd in Comparative Literature. He has held posts at the University of London (Royal Holloway College), Sussex University, and the University of Newcastle (Australia). He is the author of eight books and has been translated into Chinese, Italian, French, and Korean. His most recent book is Madness and Cinema. His research interests include psychoanalysis, semiotics, literary and cultural theory, gender studies, film and visual studies, medicine and the arts. He is currently completing two books: a study on cultural disturbance and the sublime; and an edited collection on medicine, culture, and the arts.

Madness and Cinema: Psychoanalysis, Culture and the Spectator (London and New York: Palgrave/Macmillan, 2004)

Visual Cultures and Critical Theory (co-authored with K. Fuery) (Edward Arnold: London, released in the USA by Oxford University Press, 2003). This book is currently being translated into Korean, to be published by Mijin Press, Seoul

New Developments in Film Theory (London and New York: Macmillan Press/St. Martin's Press, 2000). This book has been translated into Chinese and published by the China Film Press (2005), and into Polish with Kwartalnik Filmowy (Institute of Art, The Polish Academy of Science).

A second edition of this book, with substantial rewriting and new chapters, has been published as Cultural Studies and Critical Theory (Oxford and Melbourne: Oxford University Press, 2000). A Chinese translation is currently under negotiation.

The Theory of Absence: Subjectivity, Signification and Desire (Connecticut and London: Greenwood Press, 1995)