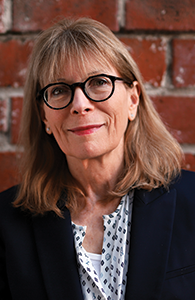 In 2007, she began teaching film at Chapman University’s Dodge College of Film and Media Arts, which led to an appointment as the Founding Associate Dean and Director of Chapman University Singapore (2008-2010), a global campus with a mission to train Singaporean filmmakers in international co-production.  There, she initiated the new academic major in Creative Producing, achieved WASC certification in the first year, and created a Hollywood internship program for Singaporean students.

Now a Trustee Professor of Film at Chapman University, she teaches courses in Creative Producing and created the Producer/Screenwriter Workshop, an Interterm course in which Creative Producers and Screenwriting majors collaborate on script development.

She has written the instructor’s manual to accompany a new filmmaking textbook, Filmmaking in Action; advises other universities on curriculum development and global education; and is developing a screenplay for international co-production in China.