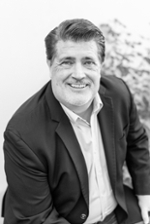 Kyle Longley is the director of the War, Diplomacy, and Society and a Professor of History. Most recently, he was named the Henry Salvatori Professor of American Values and Traditions. Longley joined the Chapman faculty in July 2020 after being at Arizona State University as the Snell Family Distinguished Professor since 1995.

Longley has published nine books including:  The Sparrow and the Hawk:  Costa Rica and the United States During the Rise of José Figueres (1997), In the Eagle's Shadow:  The United States and Latin America (2003, 2009 2nd edition), Senator Albert Gore Sr.:  Tennessee Maverick (2004), Deconstructing Reagan: Conservative Mythology and America's Fortieth President (editor and contributor) [2006], Grunts:  The American Combat Soldier in Vietnam (2008, 2nd edition, 2020), The Morenci Marines:  A Tale of Small Town America and the Vietnam War (2013), Reagan and the World:  Leadership and National Security, 1981-1989 (co-editor with Bradley Coleman and contributor) [2017]), LBJ's 1968:  Power, Politics, and the Presidency in America's Year of Uphaveal (2018), and the co-authored, In Harm's Way:  A History of the American Military Experience (2019).  He also was an associate editor for Encyclopedia of United States-Latin American Relations (2012) with Thomas Leonard and now is a lead editor in the Oxford Encyclopedia of Latin America (2018-present).  Currently, he is writing The Forever Soldiers: Americans at War in Afghanistan and Iraq (for Cambridge University Press) and The Unlucky Ones: Lima Company and the Marines in Iraq.  His books have won prizes including the Southeastern Council on Latin American Relations A.B. Thomas Award, the Best Book on Arizona History from the Arizona/New Mexico Book Co-op Committee, and the Southwest Book Award from the Arizona Historical Society.

At Arizona State, Professor Longley offered a wide variety of undergraduate and graduate courses. His most popular at the undergraduate level, both in the traditional form and online, include: Modern U.S. Foreign Relations, U.S.-Latin American Relations, the American Experience in Vietnam, Wars of the Modern Middle East, American Military History, and America's Guerrilla Wars. At the graduate level, he has offered courses in American history including The United States and the World, Modern American Military History, and Modern U.S. History since 1898. He has served on more than forty Ph.D. and M.A. committees, directing more than a dozen, as well as working as a mentor to graduate students about pedagogy.

His work at the undergraduate and graduate levels has received recognition.  The Associated Students of ASU named me the Centennial Professor as the outstanding teacher at ASU.  It was a particularly gratifying award as a panel of students and faculty made the selection from a pool of more than 2,000 faculty members.  He also has received others, including the Zebulon Pearce Award for Outstanding Teacher in the Humanities and ASU Habitat for Humanity “Making the World a Cooler Place to Live” Teaching Award.

Finally, he served in many administrative positions at Arizona State University including director of graduate studies for the History Department (twice), faculty head, and associate director of School of Historical, Philosophical, and Religious Studies. At the university level, he has contributed including service on the Provost Committee on Retention and Graduation and the Graduate College Fellowships and Diversity Committee. Outside the university, he has been active in several organizations including the American Historical Association, Organization of American Historians (distinguished lecturer board), the Society for Historians of American Foreign Relations (currently a board member), and the Pacific Coast Branch of the American Historical Association (president, 2011-2012).