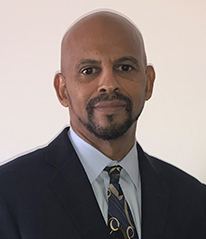 Keith Howard is an Associate Professor of Education, the Associate Dean for Graduate Education and Academic Affairs, and the Co-Director of Ph.D. in Education Program in the Attallah College of Educational Studies. His research interests include technology use in education, ethical issues in K-12 education, and equity issues in mathematics. Dr. Howard previously worked as a mathematics teacher, computer science teacher, and a technology coordinator in the Los Angeles Unified School District. He earned his B.A. in Business Administration at California State University at Long Beach, his M.A. in Teaching and Curriculum at California State University at Dominguez Hills, and his Ph.D. in Educational Psychology and Technology at the University of Southern California. He has taught courses in Educational Psychology at USC, UCLA, and CSUDH, as well as courses in Teacher Education, Educational Technology, Technology Ethics, and Quantitative Statistics at Chapman University.

Dr. Howard previously worked as a Senior Research Associate in the National Center for Research on Evaluation, Standards, and Student Testing (CRESST) at UCLA. At CRESST he served as the co-lead of professional development for an Institute of Educational Sciences funded research study examining middle school mathematics achievement.; He has conducted professional development for elementary and middle school teachers in several school districts in Southern California and Arizona on topics addressing schema-based mathematics instruction, metacognition in mathematics, and working memory implications for mathematics performance.