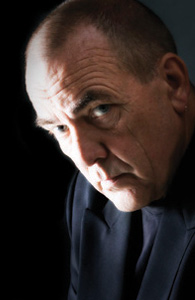 Johnny is a Director of Photography who has worked in the motion picture industry for many years. Early in his career, Johnny was a Cinemobile technician for The Godfather, a camera assistant for Altered States, and a camera operator for An Officer and a Gentleman amongst many other projects.

Voight and Don Cheadle and The Game Of Their Lives (a film about the U S National soccer team competing in the 1950 World Cup) starring Gerard Butler and Wes Bentley.

Jensen has also been the Director of Photography on numerous television productions.

He was nominated for an Emmy Award for Best Cinematography for the television movie Into The Badlands and again for An American Story and has also shot series television; L.A. Dragnet and Heartland.

He has also Directed films for television, The Lazarus Man (a two hour pilot) which was sold to series, starring Robert Urich and The Ditchdiggerʼs Daughters a movie of the week which was nominated for Best Film, Best Actress (Kimberly Elise) and Best Original Score by the Cable Ace Awards to name just two. In feature films he has directed numerous second unit and stunt, action sequences as well.

For many years Johnny has directed and photographed commercials, (international, national, regional and web content branding) as well as music videos for both established artists and young upcoming talent.

He is presently teaching the craft/art of cinematography at Chapman University, where at Dodge College he is enjoying his sharing of passion with his students.

He has spent the last two years teaching a curriculum to both undergrad and graduate students and mentored grad students for their thesis projects. He has also orchestrated workshops off campus where he highlights cinematography done both on location and in a studio environment with standing sets. He spent three weeks in Korea mentoring students at the Asian Film Academy during the Busan Film Festival in 2012.

He still works in features and television.

He was born in Denmark, lives in Southern California and continues to enjoy the ocean, surfing, bicycling and riding fast motorcycles.