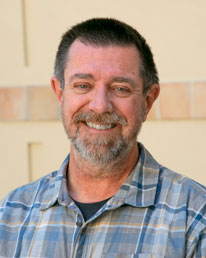 Dr. John Hall teaches International Law, Human Rights, Torts, and Employment Law at Chapman. A native of England, he received a B.A.(Hons.) in American Studies from Sussex University, and a Doctorate in Modern History from Oxford University. His doctoral dissertation, "Quieting the Storm: The Reestablishment of Order in Post-Revolutionary South Carolina," was awarded the Sara Norton Prize in History. For ten years Dr. Hall was a professor and department chair at Albion College in Michigan, where he taught courses in early American and military history. His reference book about the Peninsular War, 1807-1814, was a selection of the History Book Club. In 1994, Dr. Hall hitch-hiked around South East Asia (as he had previously done around Iran and the Middle-East), and as a result became determined to switch careers and become a Human Rights attorney. Quitting his tenured academic position, he studied law at Stanford Law School, where he received his Juris Doctor in 2000. While at Stanford he became the first student twice awarded the Carl Mason Franklin Prize in International Law. Dr. Hall has carried out extensive Human Rights fieldwork in Cambodia (where his research centers on factory conditions, the bringing to justice of the Khmer Rouge, and human trafficking), and the Philippines (where he is currently involved working on behalf of 10,000 farmers facing forced relocation by land developers. Seven of the peasant leaders have been murdered). Prior to coming to Chapman, Dr. Hall was an employment attorney at O'Melveny & Myers in downtown Los Angeles, and in-house counsel at Southern California Edison. Dr. Hall's research has been published in journals such as the Virginia Journal of Social Policy & the Law, the Stanford Law & Policy Review, and the Columbia Journal of Asian Law. His opinion pieces have appeared in the Wall Street Journal, the International Herald Tribune, Investor's Business Daily, the Los Angeles Daily Journal, and more. Despite his career shift, Dr. Hall remains delighted to have a cup of tea with anyone who wants to talk about history.