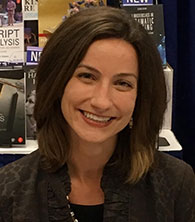 Dr. Buckner teaches coursework in theatre history and historiography, dramaturgy, dramatic theory and criticism, and the BA Senior Seminar course. Beginning in 2017, Dr. Buckner joined Professor Michael Nehring as a faculty member of the Chapman University London Theatre Tour. Beyond the Department of Theatre, she is also a faculty member of the University Honors Program, where she teaches special topics courses. As a mentor, she draws on her experiences as a director, dramaturg, scholar, and arts administrator to guide the application and integration of students’ research and creative work on productions, internships, thesis projects, and capstone projects. Additionally, she has mentored students’ independent research/creative projects funded by Undergraduate Student Scholarly/Creative Grants and Summer Undergraduate Research Fellowships administered by the Chapman University Center for Undergraduate Excellence. She supports the Chapman Department of Theatre’s production season as the advisor for all student production dramaturgs who support productions and provide audience engagement opportunities by creating resources for the production team, lobby displays, program notes, and facilitating pre- and post-show discussions between artists and audiences. She has been recognized for her work in and out of the classroom with Chapman University’s 2017 Faculty Excellence Award in Mentorship of Undergraduate Research and Creative Activity, Chapman University’s 2016 Valerie Scudder Award for Outstanding Teaching, Research/Creative Activity, and Service, Chapman University’s 2015 Faculty Excellence and Achievement in Teaching Award, and the 2014 Sigma Alpha Pi (The National Society of Leadership and Success) Excellence in Teaching Award.

Dr. Buckner’s research focuses on the intersections and representations of identity such as race, class, gender, and sexuality, as well as materialism and affect, in contemporary plays written by Black and feminist playwrights. She also studies U.S. popular entertainment from the nineteenth to twenty-first centuries. She is the editor of A Critical Companion to Lynn Nottage (Routledge), the first scholarly collection dedicated to the two-time Pulitzer Prize winning playwright’s work. This anthology examines Nottage’s dramatic treatment of themes such as history, the African diaspora, and identity, and includes interviews with the playwright and her frequent collaborators. Dr. Buckner’s second book project identifies and examines the history of the sister-act phenomenon in U.S. popular entertainment at the turn of the last century. These all-female family performance troupes served as a representative touchstone for American society’s increasing acceptance of and complicated relationship to female subjectivity in public, political, and artistic spheres. Dr. Buckner has published book chapters as well as peer-reviewed articles, editorials, book reviews, and performance reviews in African American Review, American Studies Journal, Ecumenica Journal, Journal of American Drama and Theatre, HowlRound, Journal of Dramatic Theory and Criticism, Popular Entertainment Studies, Theatre History Studies, Theatre Journal, Theatre Survey, and Theatre Topics. Additionally, Dr. Buckner has served as the Book Review Editor for the Journal of Dramatic Theory and Criticism and as Guest Editor for the Spring 2020 special issue of the Journal of American Drama and Theatre, Local Acts: Performing Communities, Performing Americas.

Dr. Buckner is an active member of several professional organizations and regularly presents her research at national and international conferences. She serves as the Vice President/President-Elect of the American Theatre and Drama Society and previously served as ATDS Conference Planner. She has also served as the Vice President of Awards on the Governing Council of the Association for Theatre in Higher Education, and as a member of the American Society for Theatre Research Gerald Kahan Essay Award Committee as well as the Nominating Committee. She was Co-Chair of the Mid-America Theatre Conference Articles-in-Progress Sessions and Book-Proposal Workshops.

Dr. Buckner is also a dramaturg and has collaborated with theatres including Pitt Repertory Theatre, Native Voices at the Autry, and Center Stage Theatre’s New Play Festival. She has served as a script respondent for the literary department of South Coast Repertory Theatre, and an audience engagement facilitator for Center Theatre Group. She is a resident artist of The Chance Theater, where she has served as dramaturg for the On The Radar: New Works Series since 2016, and has served various productions in the mainstage season (Maple and Vine 2014, A Bright New Boise 2015, Seminar 2016, Middletown 2017, in a word 2017, Elevada 2018, and Skylight 2019).