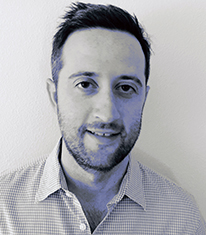 Professor, Co-Director, Institute for the Study of Religion, Economics and Society

Jared Rubin is an economic historian interested in the political and religious economies of the Middle East and Western Europe. His research focuses on historical relationships between political and religious institutions and their role in economic development. His book, Rulers, Religion, and Riches: Why the West Got Rich and the Middle East Did Not (Cambridge University Press, 2017) explores the role that Islam and Christianity played in the long-run “reversal of fortunes” between the economies of the Middle East and Western Europe. It was awarded the Douglass North Best Book Award for the best research in institutional and organizational economics published during the previous two years, awarded by the Society of Institutional and Organizational Economics. Rubin’s work has appeared in journals such as Review of Economic Studies, Review of Economics & Statistics, Economic Journal, Management Science and many others. He is the Co-Director of Chapman University’s Institute for the Study of Religion, Economics and Society (IRES) and the President of the Association for the Study of Religion, Economics, and Culture (ASREC). He serves on the editorial boards of Journal of Economic History, Journal of Comparative Economics, Explorations in Economic History and Essays in Economic and Business History. He has been awarded over $1 million in grants from the John Templeton Foundation for his work in the economics of religion. He graduated with a Ph.D. in economics from Stanford University in 2007 and a B.A. from the University of Virginia in 2002.