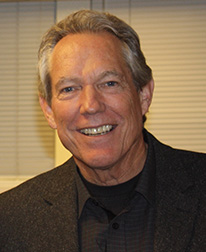 James Blaylock has been a writing teacher since 1976, about the same time that he sold his short story "The Pink of Fading Neon" to the literary magazine TriQuarterly. Since then he has published 25 books over the years, both novels and short story collections. Story collections include Thirteen Phantasms (2000), In for a Penny (2003), and The Devils in the Details (2003), co-written with Tim Powers. Novels set in southern California include The Rainy Season (1999), Winter Tides (1997), All the Bells on Earth (1995), Night Relics (1994), and The Last Coin (1988). Translations of his work have appeared around the world, most recently in Russia and Japan. Blaylock is twice winner of the World Fantasy Award, and he received the Phillip K. Dick Memorial Award for his novel Homunculus (1986). His story "Unidentified Objects" was included in Prize Stories 1990, the O. Henry Awards. According to the Library Journal, "Blaylock's evocative prose and studied pacing make him one of the most distinctive contributors to American magical realism."