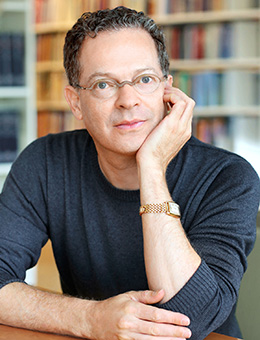 Presidential Fellow in English and History

Glenn Kurtz is the author of Three Minutes in Poland: Discovering a Lost World in a 1938 Family Film (Farrar, Straus & Giroux 2014), which was named a "Best Book of 2014" by The New Yorker, The Boston Globe, and National Public Radio. The Los Angeles Times called the book " breathtaking, " and it has received high critical praise in The Wall Street Journal, The Washington Post, The San Francisco Chronicle, The Chicago Tribune, and many other publications. A Dutch translation appeared in 2015. A documentary film based on Three Minutes in Poland is in production.

His first book, Practicing: A Musician's Return to Music, also received enthusiastic reviews from The New York Times, The Los Angeles Times, The Wall Street Journal, and elsewhere. Practicing was featured on NPR's "Weekend Edition" with Scott Simon, "To the Best of our Knowledge," and WNYC’s "The Leonard Lopate Show." An Italian edition appeared in 2010, and Chinese and Korean editions have been published recently.

A 2016 Guggenheim Foundation Fellow, he is a graduate of Tufts University, the New England Conservatory of Music, and holds a PhD from Stanford University in German studies and comparative literature. He has taught at Stanford University, San Francisco State University, and is currently on the faculty at The Gallatin School at New York University. He lives in New York City and is at work on a novel and a nonfiction project, both about the Empire State Building.