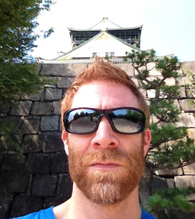 When I began teaching at Chapman University in August 2006, I had an established research trajectory focusing on the history of public health in Japan. My first book, Beriberi in Modern Japan, published in December, 2012, by the University of Rochester Press as part of the Rochester Studies in Medical History, grew out of my Stanford PhD dissertation. I produced an initial articulation of this project for the refereed journal Japan Review: Journal of the International Research Center for Japanese Studies. My article, “Beriberi, Military Medicine, and Medical Authority in Prewar Japan,” appeared in the fall 2008 issue. I spent the 2008-2009 academic year in Japan during which a Japan Society for the Promotion of Science Postdoctoral Fellowship funded further research for and the writing of my book. In addition to journal articles and book monographs, I have presented original research at the annual meetings of the Association for Asian Studies, the History of Science Society, East Asian Science, Technology and Society, and the Japan Society for the History of Medicine. I have also written book reviews for The Pacific Circle, the Journal of the Japanese Society for the History of Medicine, First World War Studies, East Asian Science, Technology and Society: An International Journal, and The Journal of Asian Studies, and have acted as an peer reviewer for East Asian Science, Technology and Society: An International Journal.

During the summer of 2010, I began initial work on second project concerning the history of the environmental impact on digestive system disorders. I presented early versions of this study at the Association for Asian Studies annual meeting, the Science, Technology, and Medicine in East Asia: Policy, Practice, and Implications in a Global Context conferenc

e at The Ohio State University and at a University of North Carolina Asian Studies Program lecture series in 2011. Based on these conference presentations and academic talks, an editor of Historia Scientiarum, the English-language journal for the History of Science Society of Japan, asked me to contribute to a special issue dedicated to the history of Japanese medical history. The editor now has my article draft. I received a summer 2012 Travel/Research Grant from the D. Kim Foundation for the History of Science in East Asia to further research this topic. Tentatively entitled Nation from the Bottom Up: Disease, Toilets and Waste Management in Modern Japan, this project concerns the history of environmental hygiene and digestive-system diseases including dysentery, typhoid fever, hemorrhoids and parasite-diseases like schistosomiasis as well as the technology of waste-management in Japan from 1900 to 1980.