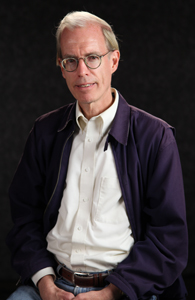 John Vasey is well-versed in many aspects of film development and production. For many years, he served as the Vice President of Original Programming for Showtime where he supervised such projects as The Freshman Diaries, Dead Like Me, Fallen Angels, and The Hunger. He also co-produced DC 9/11 an extensively researched docudrama, and Down in the Delta, directed by Maya Angelou.

Today, Vasey is a producer at Skyhill Productions, where he is a content provider for digital media, television series, and made-for-TV films. He most recently worked as an editor on the film Debating Robert Lee, starring Kaley Cuoco and Dan Letterle, which won the Best Ensemble Cast Award from the 2006 Methodfest Film Festival.